Crafting a bow and arrows

Welcome to a quick tutorial on crafting a bow and arrows. In this step-by-step tutorial we will add another weapon set to our game art asset. After the inital ax tutorial, the handguns and the sword, this tutorial is a new addition. There are a few others waiting on my hard drive but after nearly two days of procrastination I decided to do something smaller and more managable.

Hopefully, the next tutorial will be the already announced “Monster Kit”. It’s just a scope that will require a bit of time and most of all the right frame of mind for me to eventually create and write it. Ultimately, I want to get back to the videos as well and the monsters might be a good one for that.

Getting started with the Bow and Arrows 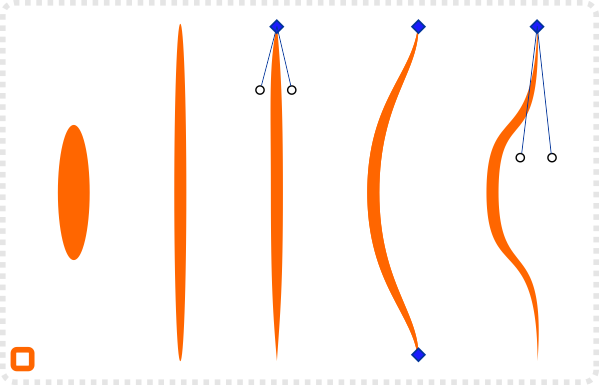 Firstly, create an oval and scale it into something rather elongated.

Secondly, convert it to a path ( Path/ Object to Path or [SHIFT + CTRL + C] ) to make it editable. Deform the top and bottom nodes to make pointy ends. Move those two nodes to the right to shape the curve.

Note:
The further you pull the node handles down, the more bend the bow will have. For a Mongol bow you would pull them down further while an English longbow has a lot less bend and requires just a pointy tip.

Add a straight line for the string, Two additional nodes make it easier to connect it to the bow shape.

A rectangle with rounded edges becomes the handle. Convert it to a path and curve the straight sides in a little. 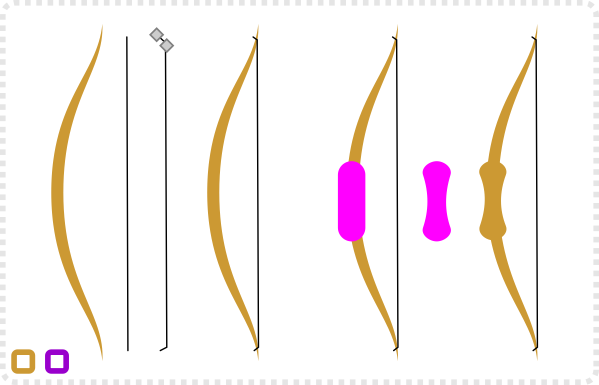 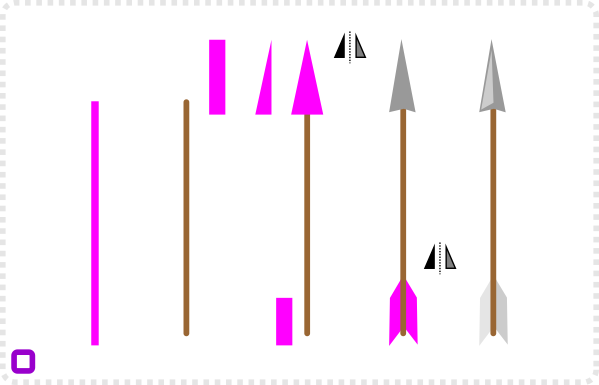 The basic arrow starts with a rectangle for the shaft and another two for the feather and the tip.

Convert the tip to a path [SHIFT + CTRL + C] and remove one of the top nodes. Mirror the shape to form the arrow tip.

Skew the feather shape and mirror it as well.

Using weapons in your game often is not about accurate proportions but about reading well.

E.g. our bow and arrow used in an icon would be scaled to be easy to read. Too thin a shaft or a tiny arrow head would not work that well. 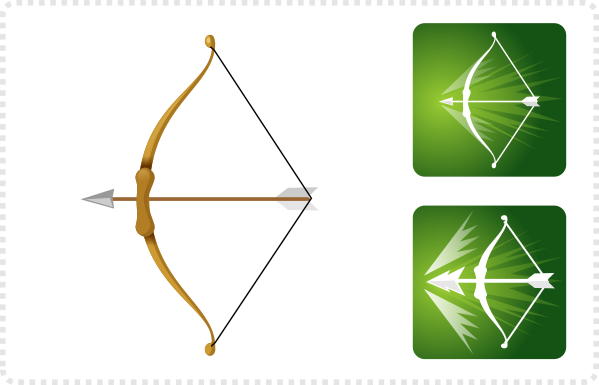 As with all the basic tutorials, variation is the key. Being able to create the base shapes is the first step. Eventually, you want to make it your own and create elements in the style and dimensions of your own game or illustration. 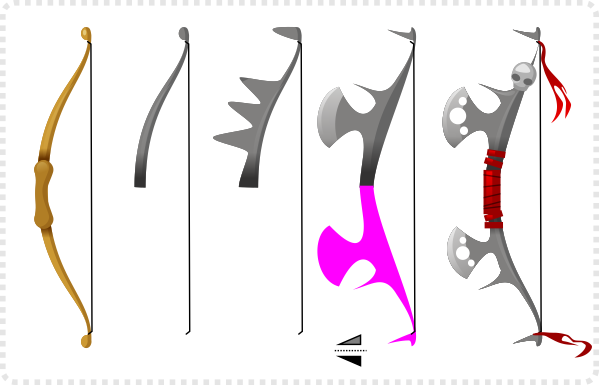 For more complex bow variations it’s helpful to split top and bottom. Work on just one part and mirror later, when the design is done.

Working with a mirrored version saves time. Keep the shading in mind though as it may need adjusting.

The same applies to the arrows. Once the base shapes are in place, alterations and variations are done quickly.

You can go wild –  from something realistic to snake arrows or raven heads. 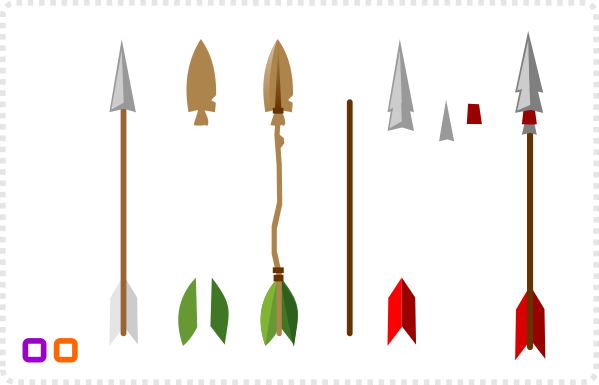 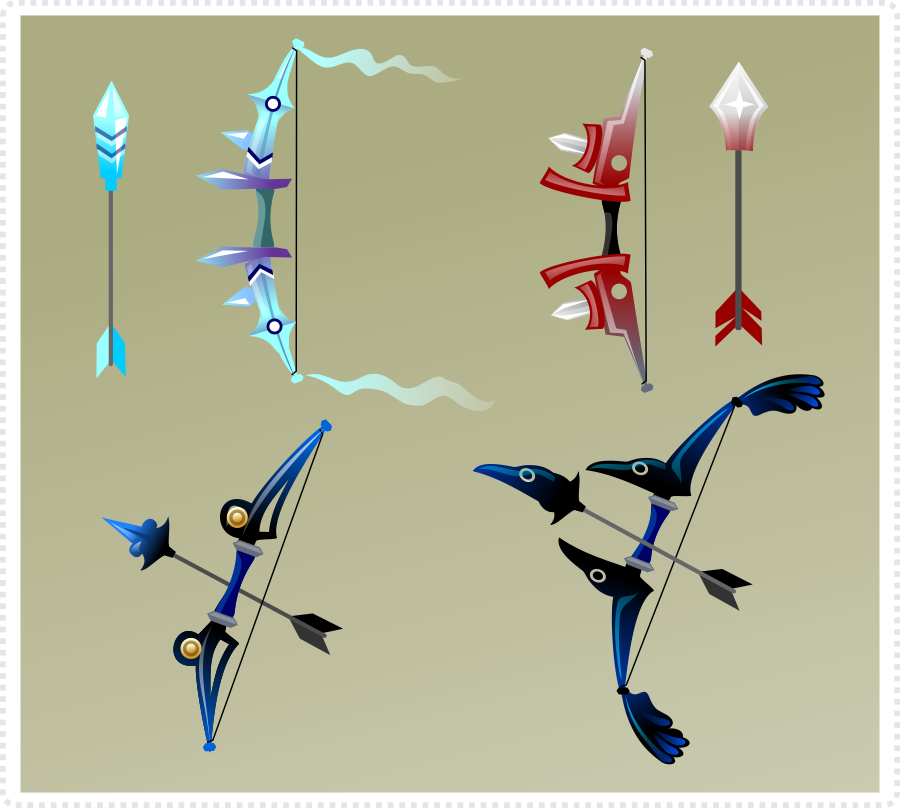 These are some samples created in this fashion from an online (facebook and myspace) game called “Wargods” from enigma games. The game was developed in 2009 and ran successfully for a few years. Creating hundreds of weapons and amor for different classes required an easy to alter and reuse approach. Consequently, doing all the art in vectors was the only feasable approach for a two-men-team. 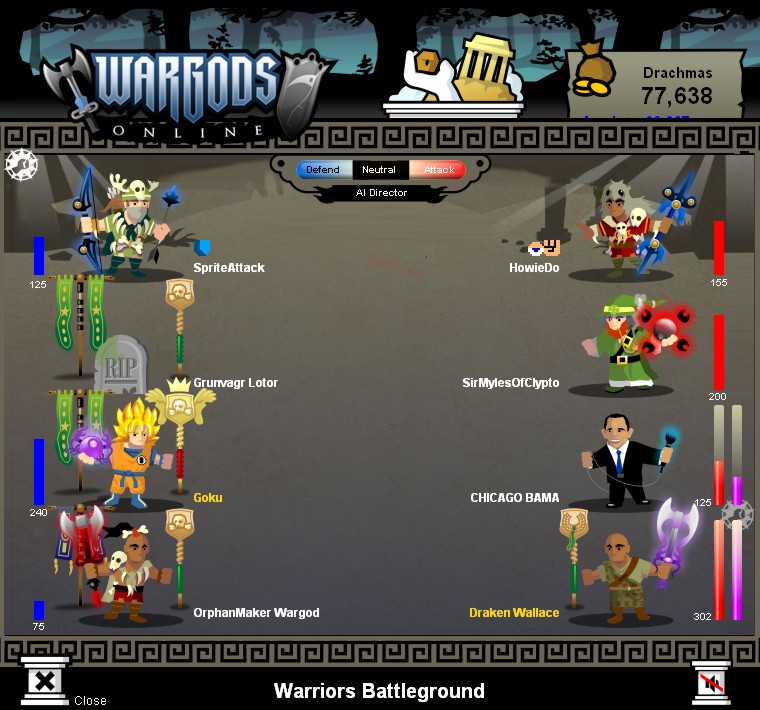 It’s up to your imagination because if you can imagine it, there are ways to ‘build it’ in vectors. I hope this quick tutorial was helpful and inspired to bend some vectors. In the end, it’s all about having fun with art!

Get the source files [svg, pdf, affinity and cdr] for this tutorial for free! 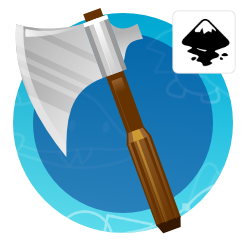 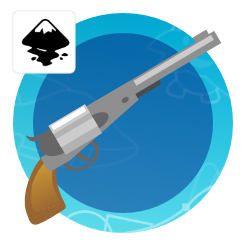 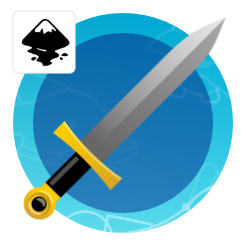 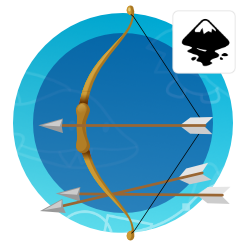