Here’s something close to my heart – an Apache helicopter design in Inkscape. Ever since creating the art for HeliAttack 2 and 3 back in 2003 and 2005, I fell in love with helicopters. They just make great game assets.

Back then it was all pixeled and took what seemed like forever to create. In the game, there were a few helicopters with limited variations.

Creating a similar object in vectors allows for easier manipulation and variation. As a result, animations are a lot easier to create and way more flexible.

This tutorial looks a little bit more complex than the previous posts. Still,  I tried to break it down into easy steps and simple shapes. I hope it worked.

Note:
As with all the tutorials prior I use squares and circles and deform them rather then ‘hand-draw’ the shapes. With the body of the Apache-style helicopter, it might be easier to ‘just draw’ the shape with the straight lines tool. Opposed to placing squares and modifying them later. However, it takes a little more skill to get the shape right that way.

Basic Setup of an Apache Helicopter 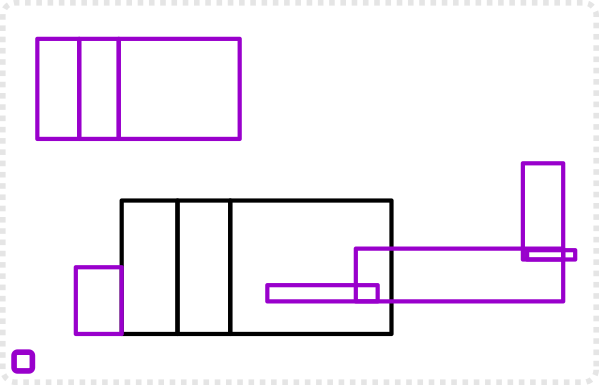 Let’s start building the body shape with 3 rectangles, add one more to the front and three more to back to create the tail .

Another box will be the small wing holding the weaponry.

Add more rectangles for the rotor… and it starts looking a little like a helicopter. 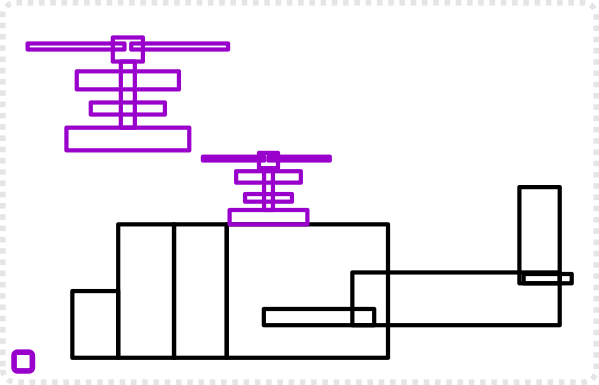 Next up are some rectangles with rounded edges for the blades, the back propeller’s connection and some shape to the main body.

After converting all the shapes to paths, adjust the shapes to be closer to the real Apache helicopter’s
look. It’s mostly a moving of nodes and the adding of new nodes to better resemble the shape.

Choose a fill colour and sort the elements ( Page Up & Page Down ) to bring them in the right order.

Combine the body shapes into one object (Path/ Union (CTRL++)).

Add two rectangles for the windows and two small circles for the front gear.

Refine the shapes of the wing and the body element but turning the lines into curves.

Adjust the windows by turning the shapes into paths and moving the nodes into place before curving the lines a little.

Adding Detail to your Helicopter

Add the weapons to the helicopter using some basic rectangles and some rounded edged ones for the missile bodies. Two circles form the rotor blade at the back.

The landing gear is made up of circles and rotated rectangles. The detail to the rotor is made of rectangles and copied and mirror to match the other blade.

Add two rectangles for the windows and two small circles for the front gear.

Refine the shapes of the wing and the body element but turning the lines into curves.

With the basics in place it’s time for some shading. The main light source for our helicopter will be in the top left. Create some rectangles at the top the main shapes that will receive light.

Two crescent shapes (made of circles combined with Path/ Difference) and a hand drawn element with 8 nodes make up the rest of the highlight elements.

Colour the highlight shapes in white with a 50% transparency. Duplicate the shapes on the turbine and scale them down a little to add even more highlight there.

Next up – the shadow. Create rectangles roughly matching the sizes of the objects they are going to darken.

A black fill and a 60% transparency shades the greyish base colour nicely.

Convert the shading elements to paths and adjust the nodes to stay inline with the base shapes. Curve the shadows for the turbine to match the base shape.

Add dark rectangles to the gun (it’s some of the darkest parts as it’s underneath and is in the main body’s shadow). Extend the tail shadow to add darkness to the back of the body. 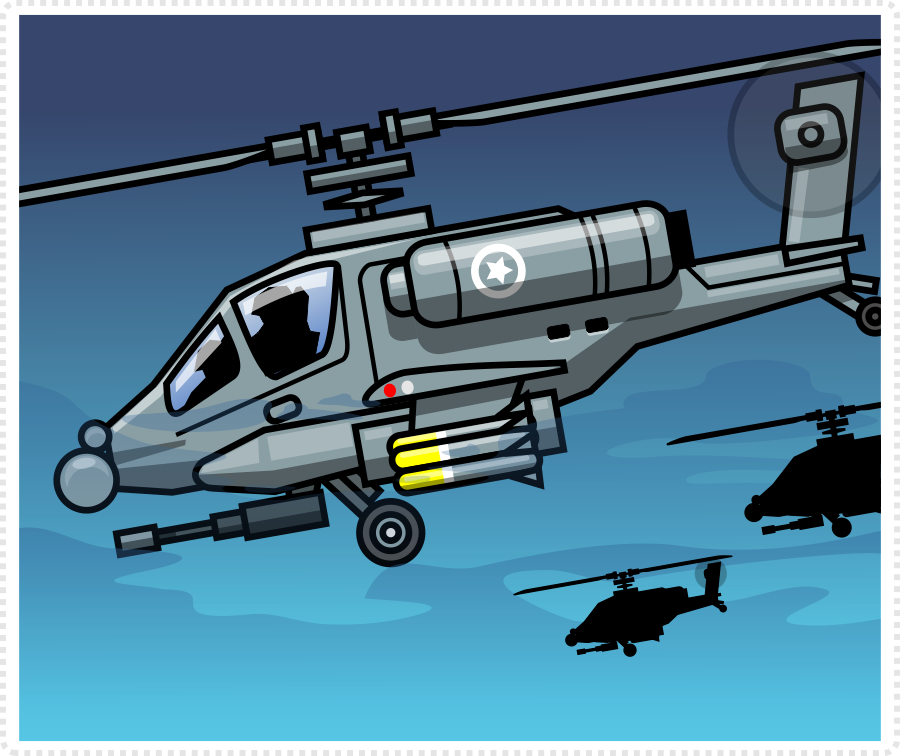 Add some final detail (marking, some splashes of colour and silhouettes in the cockpit).

After mastering the ‘Creating an Apache Helicopter’ tutorial, you might want to check out the ‘modifying the helicopter tutorial‘ as well. It shows the ease of creating variations even with complex objects.

As promised another free bit of art to make up for the long time between posts. Enjoy!

Get the source art (svg file) of this tutorial for free!